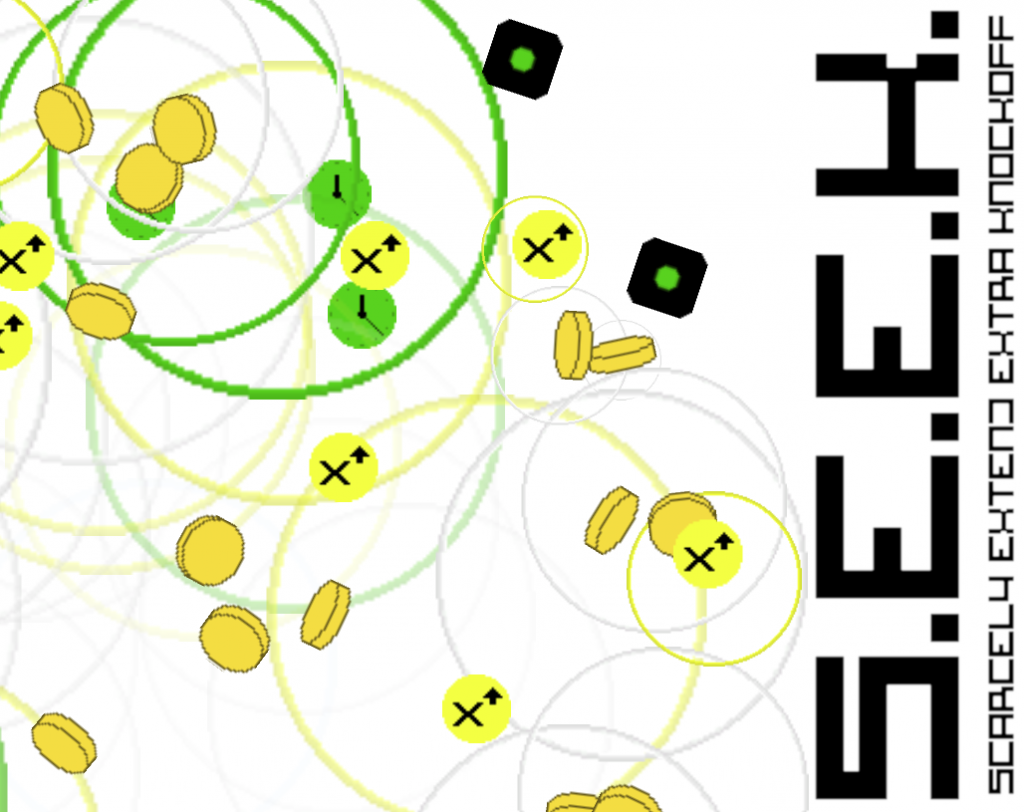 The Heart Jam just finished and I submitted a game called S.E.E.K. (Scarcely Extend Extra Knockoff). It's a game about blowing yourself up, chain reactions and collecting coins. 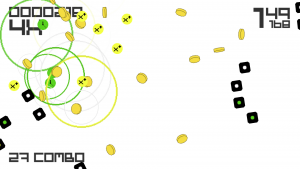 The Heart Jam was hosted by Heartbeast who has a really great YouTube channel which helped me getting my start in Game Maker. I highly recommend his channel to anyone wanting to use Game Maker as he explains things really well and covers a wide variety of techniques and game genres and mechanics. He also has some courses on Udemy if that's your thing. I'm not being paid to say any of this, the dude has no idea who I am. Just giving credit where deserved.

Anyway, the jam. The theme was scarcity and we had 72 hours to make and submit something. I must admit, I was not overly enamoured with the theme to put it mildly, but great art is often born out of its limitations and I wasn't going to flake just because I didn't like the theme. I had decided in advance I was going to use this jam to test myself using Unity, since I haven't built anything for myself with it and all previous jam entries were made with Game Maker.

When I saw the theme was scarcity, the first thing I thought of was survival games, low food, low resources, that kind of shit. I have minus desire to make any kind of survival game, that stuff has been done to death and chances were other people would submit games like that to the jam. I thought about having scarce graphics which progressively unlocked and that thought reminded me of a great game called Every Extend. Specifically Every Extend Extra Extreme. Here's a video for those that may not know the game. You don't need to watch the whole thing, I didn't.

I also like the way time is the only real resource in the game. When you die, you don't lose lives, your time takes a hit. All the various pickups are to increase your time, increase your score multiplier or make the enemies faster (which helps keep combos going, and thus, gives higher scores). So I decided with no shame in my heart, to completely rip it off since it loosely fit the theme and most importantly it was something I could potentially make with my current level of knowledge in Unity.

Hearing about other people's design and development processes is something that interests me. despite that, I have doubt anyone would want to hear mine, but... more importantly I don't really remember how everything went down. It was pretty much a blur of coffee, cigarettes, google searches, reading Unity documentation (which I gotta say is pretty shite compared to Game Maker's official docs) and making the most ghetto code anyone has seen in C#. What I can tell you is that I used Piskel to make some quick sprites, BFXR to make sounds and generated the music with JukeDeck. All great tools for indie devs. 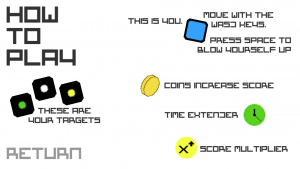 Having the process be almost sub conscious is a good thing for me. When I make my best art I never know how the hell I did it. Not to say S.E.E.K. is a great game or even my best game (it isn't), but it means my dev skills are improving and I do think it's the most "complete" game I've made for a jam so far.

Check out the itch.io page to download the Windows version or play it in your browser (though Chrome does NOT support the Unity WebGL export for some reason).